What are the advantages of EV and level 2 EV charge?

How to charge an electric car in the condominium garage?

Condominium meetings and level 2 ev charge  can be a lot of people’s worst nightmare. And it is not always easy to get an understanding between people who, even though they share the same space. Moreover, they have no common point. So, before you park your electric car in the place reserved for you in the garage, which is everyone’s space. And it decides to connect the plug to the socket. You need to avoid problems and follow a good practice guide, with some tips in the mix.

However, whatever you do, resist the temptation to place cables outside the building’s windows. Moreover, it is widely common on the streets of national cities, can jeopardize the safety of all who inhabit your building.

Start by informing your neighbors

It can happen that you buy the car and leave the issue of charging in the garage at home for later – either. You can charge it during the day at work, or because there is a public pay station near the places where it stops during the day.

It is simply the investment proves to be an effort after having acquired a mobility solution. Similarly, it does not excel at low prices. But the sidelong glances won’t be long as the neighbors see a car plugging into the common space. To avoid conversations, inform your neighbors about purchasing an electric car. Moreover, you can talk about what you plan to do when it comes to charging.

It is possible to install charging points or electrical outlets even in spaces that are in common use. However, before doing so, it is necessary to observe the technical requirements for common areas of the building.

The Technical Guide for Electrical Installations for Powering Electric Vehicles is available online and contains information on all the parameters necessary to proceed with the installation of a charging point.

Is it time to start thinking about charging the car during the night?

In this case, start by gathering the necessary information and, as soon as you have guaranteed the possibility of seeing a charging point installed. Make a communication to the condominium administration about your intentions.

Similarly, the information must be in writing, preferably by registered letter, at least thirty days prior to the date of future installation.

Who pays for the installation?

If you choose an individual charging point, please note that all expenses will come out of your pocket. In the event that the condominium chooses to oppose its installation, the payment for the work will be the responsibility of the condominium

Who pays for the shipments?

The ideal is to associate a charging point with an autonomous meter. It relates to the fraction in which the owner of the electric vehicle resides. Energy providers have solutions for these specific cases. In the case of EDP, for example, there is the possibility of installing a wall box. Moreover, this allows charging for between two and five hours. As for common condominium solutions, with mounted level 2 ev charge , the same company provides a module. In addition, it identifies and controls access to the charger. Moreover, it allows quick and easy settlement of accounts between the resident and the condominium.

Do as you do, don’t let anyone think you’re also paying for your car load – it’s probably going to be discussed at the next meeting. Despite the increase in production and models of vehicles powered by electricity, there are still those who are hesitant about whether it pays to have an electric car.

Is an electric car the future of this industry?

However, taking into account that from 2025, diesel cars will be banned from circulation in several European cities, interest in knowing the advantages and disadvantages of trams and level 2 ev charge has increased.

Obviously, although many people preach it is the future of the automobile industry, there are also downsides to owning an electric car. But, as a matter of fact, the panoply of advantages is considerably greater.

There are several advantages to having an electric car and in this article we will analyze not only the economic aspect, but also other important components.

To see how much it will help your wallet, it’s important to know that a combustion. Generally, powered car has around 2000 moving parts. An electric one has only 20. So it won’t be hard to figure out that, at least as far as this part is concerned, it pays to have an electric car.

While a combustion-powered car cannot, in any way, function without refueling at a gas station, in cars powered by electricity this may not happen. Although less efficient than with a simple charge. It is possible to charge on level 2 ev charge an electric. Furthermore, it comes through the inclusion of photovoltaic panels at home or in the business.

Still, while it’s more pragmatic to charge an electric car’s engine battery directly plugged into the wall outlet, it’s still more practical. You can do it at home, in the garage or in a private park.

Just check out the case of hybrid cars. When they drive at very low speeds or simply stop because of traffic, traffic lights or traffic lights, the vehicle no longer makes noise. This ends up unconsciously translating into a smoother and more defensive driving. The noise ends up not bothering, again unconsciously, the driver.

Again, according to the Renault study, released in October 2018, despite the cost of an electric vehicle being more expensive than a gasoline, there is a saving of at least 20% in driving.

As an example, level 2 ev charge  is easy as the French brand points out that the cost of electricity per 100 km is three euros. The diesel engine, with an estimated consumption of 5 liters per 100 kilometers, is around €8.

Previous : How much does ev charger cost to charge an electric car? Next : Are outdoor ev charger manufacturers easy to find?
Related News
Read More >> 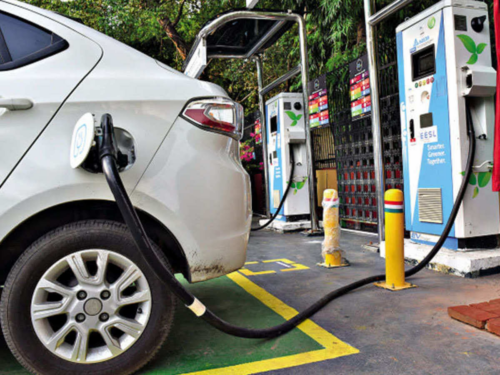